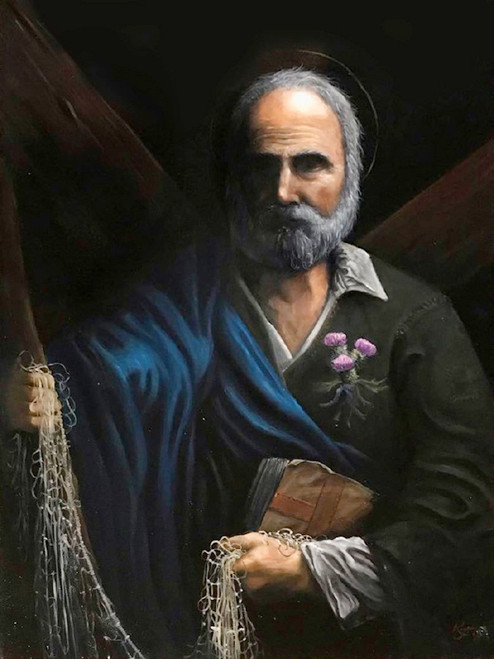 Pre-orders are now being placed. The Painting will be scanned in late September, 2019 and prints will be available soon after

Saint Andrew is an oil Painting by  Artist Ryan J. Flynn. This portrait was commissioned specifically to be displayed in Scotland, and the patron expressed his desire to have some aspects of the layout homage his country. In his usual subtle style, the artist did this by pinning a group of thistles to the shirt of the figure, and used the Scottish Blue as the base of the drapery covring his right arm. The figure is identifyable as Andrew due to the subtle X cross in the background  which  alludes to his impending martyrdom (shown in the dark) followed by the fishing nets he holds in both hands symbolizing the fact that he was a fisherman before being called to follow Christ.