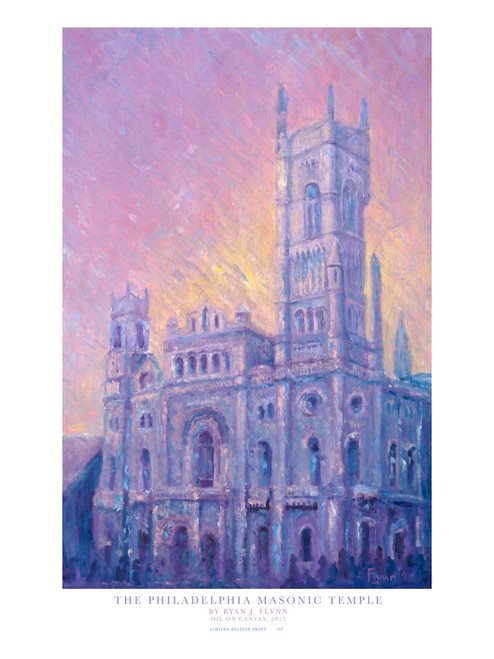 One of the crowing jewels of Freemasonry, the Philadelphia Masonic Temple is truly one of the wonders of the Masonic World. Before  traveling to Philadelphia to speak at the 2015 Masonic Restoration Foundation Symposium, Ryan took photos of the temple to bring back to his studio to work on a painting of its facade. The original was then auctioned off at the symposium with the proceeds going to a Masonic Charity.

For the first time, Giclee prints, including a limited edition series of signed prints are now available to the public.

The Ways of Virtue (Illuminated)